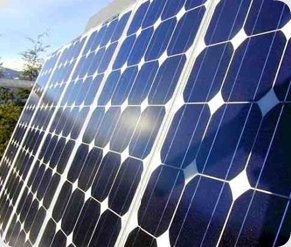 Due to the continuous incremental usage of electric energy in Hebron district for beyond values than that of the other places in the west bank, it is considered to be a national objective from the highest priority to conserve this energy and use it as wisely as possible to achieve the common welfare.

This scheme manipulates the previous problem of incremental demand, and low power factor for industrial plants through considerations and practical issues, starting with data collection and walk-through surveys for houses and industrial plants in whole the district, determination of the targeted equipments that cause the problem, determination the core of the problem, data analysis and engineering calculations with curves and graphs to make the study more convenient to be established, and finally providing advices to include the responsibility of personnel, and suggestions of practical circuits for achieving the previous target in all aspects of the daily life.

Electrical energy has become the most important part of human life aspects. It provides comfort to every side of life, lighting, conditioning, industrial applications, medical care�, even the life of human itself.

Electrical energy effect has taken its place since the twenty first of October eighteen seventy nine, when the first idea of lighting the world had been a real thing; the first lamp was invented by Edison and the life had its special eyes.

A few years later, electrical energy affected all life sides, and became the most important, appreciated, invaluable phenomenon. Simply, it is appeared to be not only the spirit of the human beings life, but also the spirit of all creatures' life.

Now, electrical energy is as important as water or air, and no one can ignore its effects and wide applications, in factories, homes, streets, everywhere on earth, even on moon, in space stations. Electrical energy now is the soul of any application that could be imagined, and the last century is the most real, obvious, and strongest evidence on this fact.

Everywhere, there are very large amounts of losses in electrical energy. The more critical problem is the high rates of consumption, and the lack of information about electrical energy saving techniques. In Palestine the problem is said to have its importance from the fact that all Palestinian municipalities and electricity companies provide their customers in large amount of electricity by buying it from the company of electricity of Israel. For this reason, the problem of obtaining electricity is said to be so complicated.

Palestinian territories are dependent of Israeli electricity suppliers. In Hebron, electricity has its privacy; since it is the largest industrial region in whole Palestine. This leads everyone to pay attention to the problem of electrical consumption, and let all specialists and electrical engineers find their way to put rules for electrical energy saving, and seek new techniques to realize this objective.

From the all forgoing, electrical energy saving is important for Palestinian territories, especially Hebron governorate, and this will help Palestinian economy to improve and develop.

In Hebron, the rates of power consumption reach a level higher than the rates in some regions, and it is the highest in Palestine. So, it is important to work on the energy saving methods in one of the most important industrial zones in Palestine.

Power factor correction is considered to be the most important objective of this research; because it will be helpful in decreasing the power consumption, moreover, there are many more approaches like using condensers and synchronous motors, which will help in electrical energy saving.

In this research, the team will conduct a survey on the industrial institutions in Hebron, through distributing questionnaires and conducting field visits to factories and homes

The purpose of this research is to find out facts about the status of the electrical energy consumption, and then work on solving the problems in the best way we can.

Importance of the project

On the other side, Palestine can not guarantee electrical energy supply forever, because of political situation and other accounts. In other words, Israel, the occupier, has another way to practice pressure on Palestinians, to lead their situation to a worse case.